Learn how we use interactive content resources to nurture, convert, and learn from customer relationships »

For some time now, a national tourism authority in the Leeward Islands has used traditional mass media efforts, tourism-focused events, and email newsletters as its primary marketing efforts. In 2016, the board decided it wanted to supplement these efforts with a range of digital initiatives aimed at:

Establishing an active social media presence that allows the tourism authority to continually raise awareness among, connect with, and learn more about potential travelers

Nurturing this presence so it generates actionable intelligence that can be used to inform the tourism authority’s total marketing efforts and, ultimately, increase visits to the island

Thanks to a referral from our professional network, the tourism authority asked Studio Hyperset to help with these initiatives. In January of 2017, we began working on the following solution.

Studio Hyperset used four distinct phases of action to build a solution for the tourism authority.

During the first phase, we explored all Google Analytics data generated by the tourism authority’s marketing website in 2016. At the time, this was the most comprehensive set of online marketing data available. This deep dive allowed us to identify important information about site visitors including:

In phase two, we used this aggregate information to build portraits of three broad tourist types: Caribbean “locals” from other Leeward Islands, Americans from the contiguous United States, and “Commonwealth visitors” from the UK and Canada. While they overlap in some cases, we used these portraits to create a content and platform strategy focused on the behavior, interests, motivations, and concerns of each traveler type. For example, the following Venn diagram illustrates the mutual and unique content interests of each traveler type. 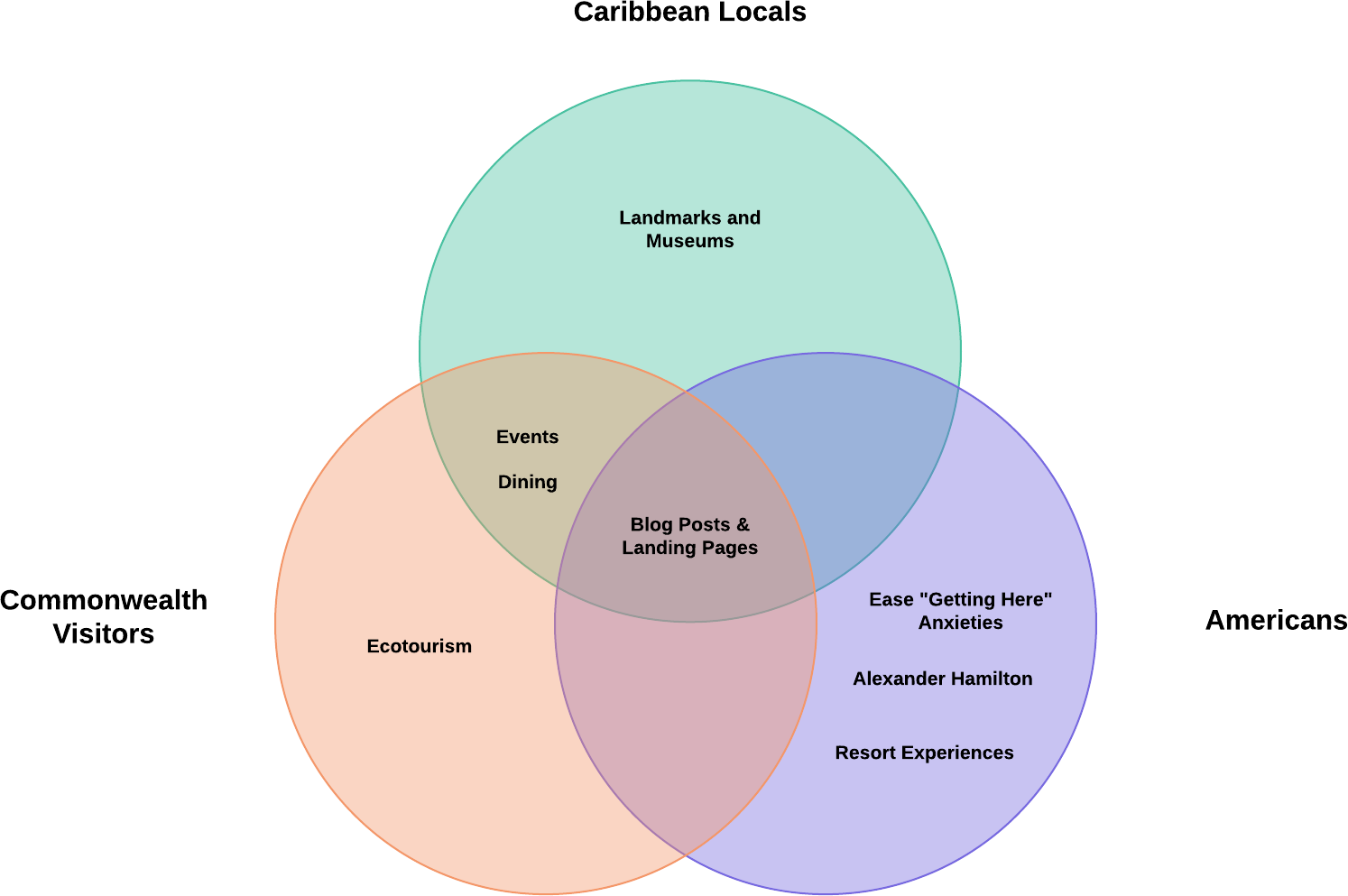 In phase three, we used these personae portraits and our other phase two conclusions to create strategy-driven social media posts, which we began publishing on platforms known to be popular with the three visitor types. As the following table from February 2017 illustrates, each month we track raw, aggregate post engagement:

Once per month, we include this information in a report that includes detailed demographic and location information about the tourism authority’s social media connections. This combined report is a strategic workhorse. It allows us to:

Our first-quarter data was unambiguous: the tourism authority’s most popular posts appear on Instagram and focus on dining opportunities and island events and activities. In stage four, we were able to use this data to design a paid Instagram ad campaign focused on likely summer travelers. When interested visitors click the ad, they’re directed to an interactive, mobile-first landing page.

This page has the following goals:

The following flowchart represents the ways the various campaign elements work together to drive traffic, sharing activity, and conversion events for the tourism authority and its partners. 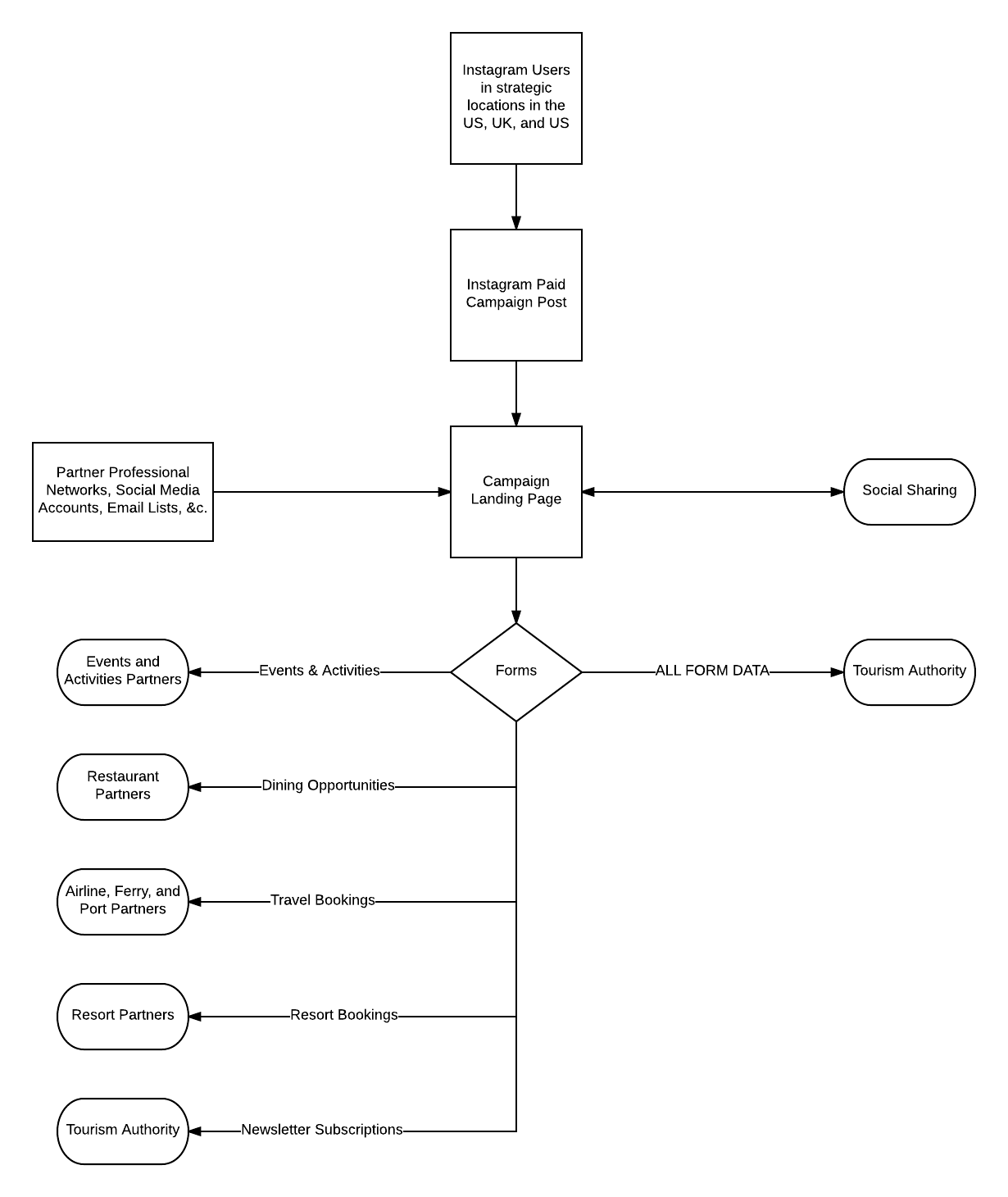 When the summer travel campaign ended in late July, we discovered several interesting and valuable things:

As such, in addition to summer-travel-specific, immediate-term lead gains, the campaign data also helps focus the tourism authority’s broad-based, on-going marketing efforts. In addition to uncovering a valuable new market, the tourism authority can use campaign data to fine-tune its mass media efforts, make its marketing spending more efficient, and improve the chances of boosting that spending’s ROI.

We don’t have a lot of experience with online marketing campaigns, social media, or engagement analysis so it’s good to have a firm like Studio Hyperset on our team. Thanks to their expertise, we’re finally able to develop ambitious strategies, confident they’ll be effectively (and creatively) executed. 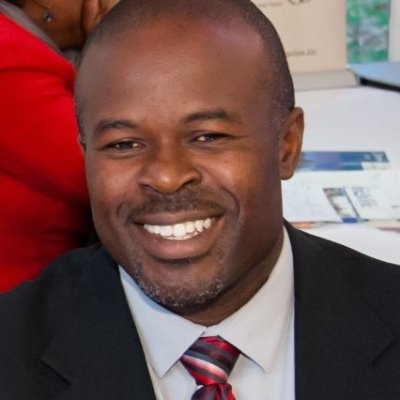 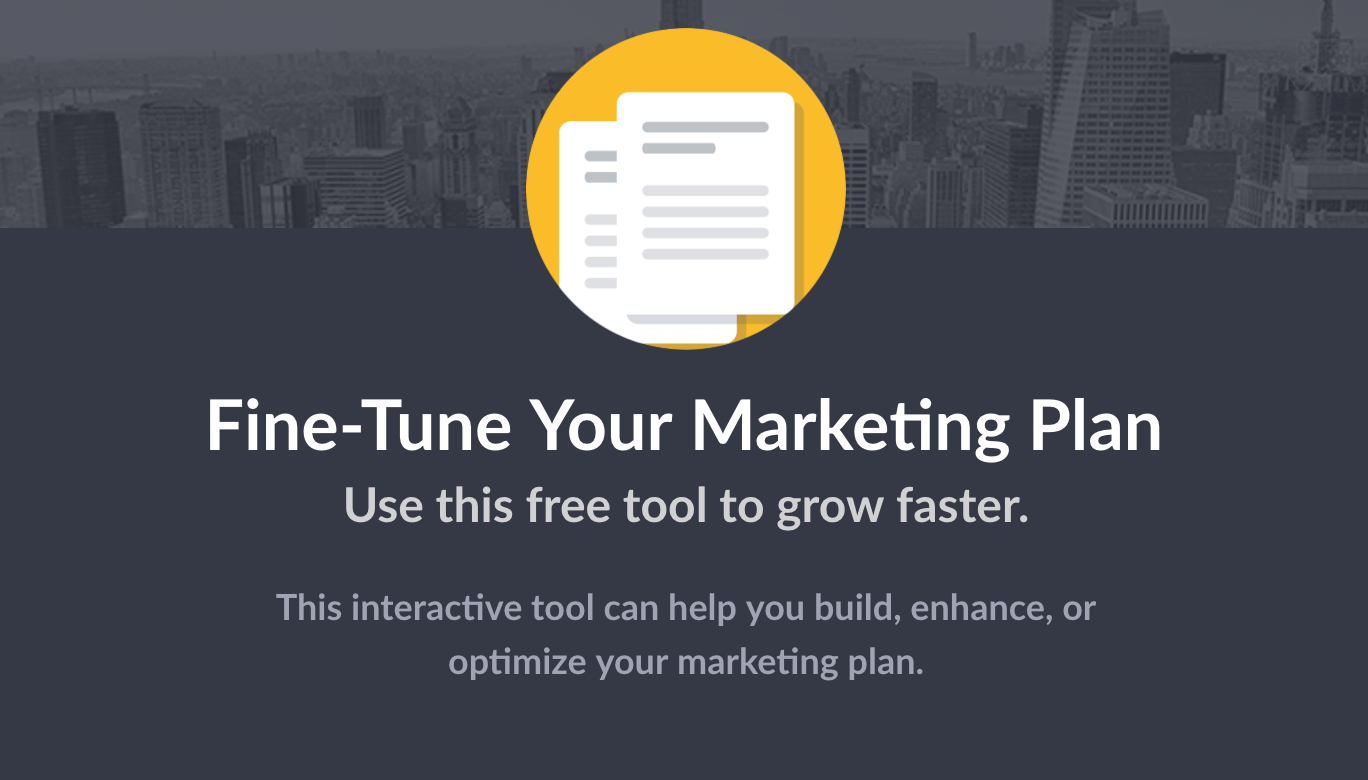 Build, enhance, or optimize your marketing plan with this online tool. It's free and easy to use. Use content, platforms, and the contemporary marketing pipeline to get the most out of your online marketing efforts. Learn how to use effective communication systems to build great relationships with your customers and teammates. Posted in "Case Studies" and "Métier."